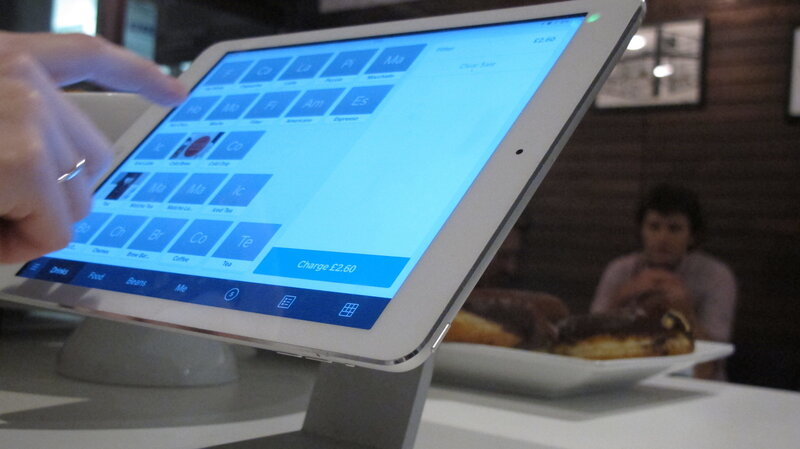 Some of us know from personal experience it is now possible to go days, weeks, even months without ever paying for anything in cash. More and more people pay for everything with a card or an app on their phones. In Philadelphia, that trend has led some restaurants to stop taking cash at all. Aaron Moselle reports from our member station WHYY.

AARON MOSELLE, BYLINE: It's a sleepy morning at Bluestone Lane cafe in downtown Philly. A few customers are sitting. But most of them are in line to grab a latte and light snack before work.

SAM FOOTE: I got the banana toast. It's really good.

MOSELLE: Sam Foote is a Bluestone regular. He's a social worker in the same office building. So it's convenient. He also likes knowing it's cash free because he almost never has cash.

FOOTE: I can't remember the last time I took out cash - probably, like, a few weeks ago, a month ago maybe, something like that. And it was, like, to give money to my father, I think, who, like, doesn't have Venmo.

MOSELLE: Venmo is a popular mobile app that links to your bank account. General Manager Erica Ritchie says not having to handle cash is easier for her, too.

ERICA RITCHIE: At the end of the day, not having to count out a drawer, worry about change. Someone runs out of quarters, you're running to the bank.

NICK STONE: We're talking about someone ordering and paying roughly in 40 seconds, versus with cash, which is around a minute.

FILECCIA: You know, we see a lot of guests that will pay for a meal with a credit card but will always leave a cash tip. And I think people like doing that. People like palming a bartender a 20 or palming their server a 10 or palming the busboy a couple of bucks.

MOSELLE: Fileccia says there are also people who use cash to keep their meal off the books, say, if they're having an affair. A 2017 report from Cardtronics, billed as the world's largest ATM owner, finds that while people are paying with cards more, the paper stuff is still the most popular, especially when something costs less than $20 dollars. Cash, the study concludes, has carved a durable, enduring bond with consumers.