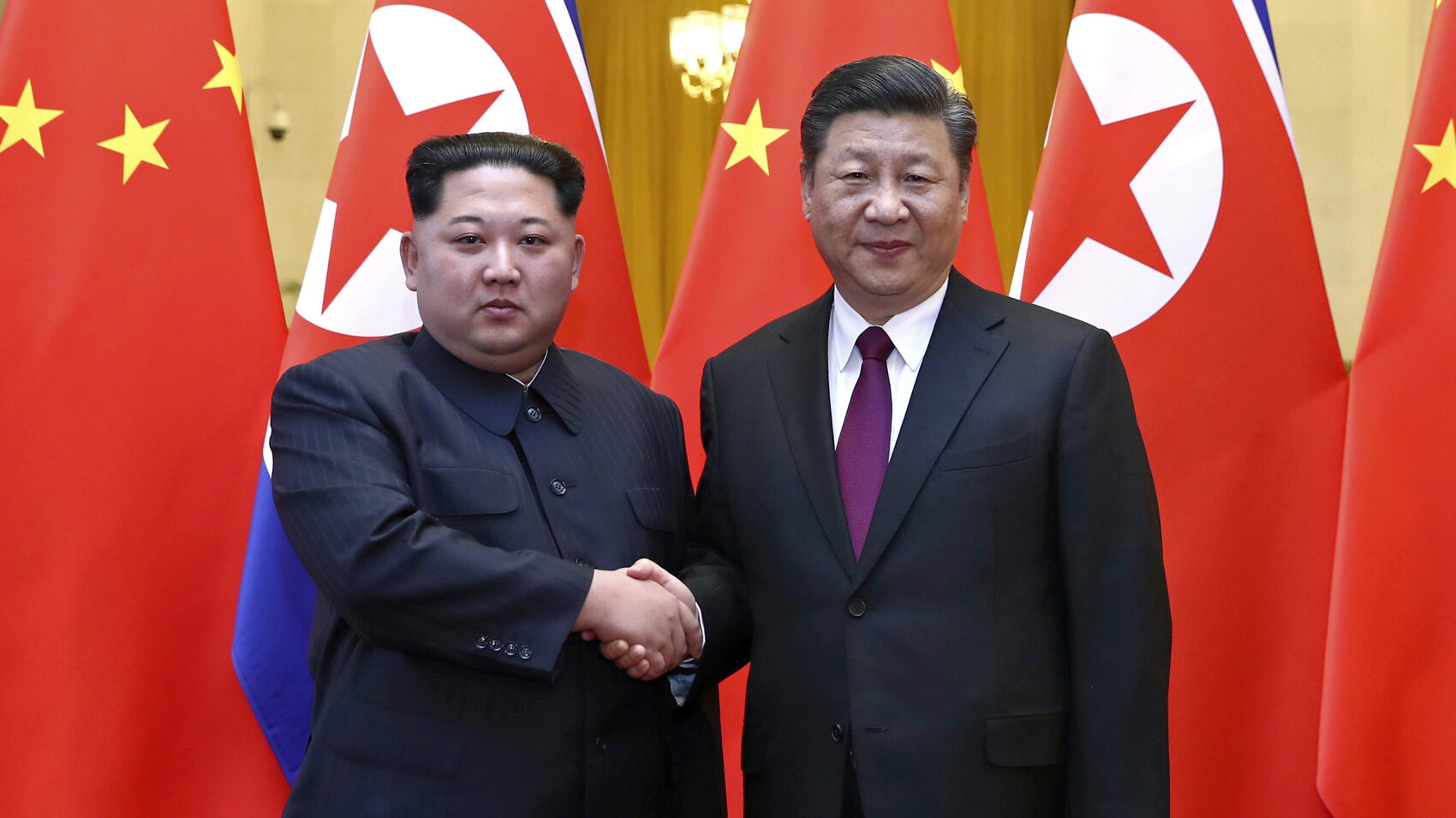 North Korea's young leader, Kim Jong Un, is not known to have left his country on an overseas trip until this week. He went where North Korean leaders normally go for their first foreign visits, neighboring China. And he did it in secret. NPR's Anthony Kuhn joins us from Beijing to try and fill us in. Hi, Anthony.

GREENE: So you did not know anything about this trip, at least not officially, until it was done, right?

KUHN: Not officially, but it would've been hard to miss the massive security on the streets yesterday and this huge motorcade zipping through town. But amazingly, the foreign ministry said they knew nothing about it, until this morning when state media came out with the reports confirming that Kim Jong Un had indeed paid his first visit here. In a way, it felt like old times, you know. Kim Jong Un's father and grandfather used to travel to China in these huge, hulking armored trains. They never flew. And then the news of a trip only came out after they'd roll back over the border, so it was like old times in a way.

GREENE: It's amazing the foreign minister just said they knew nothing about - or maybe it's not that amazing in China (laughter), I don't know, but that they deny any knowledge of all this happening.

KUHN: That's how they do it.

GREENE: Well, some of the photos we're now seeing from the event - I mean, it looks like even though we didn't know it was happening, China really rolled out the red carpet for Kim. Is that what happened?

KUHN: Yeah. Well, it was a very formal visit in all but name. They said it was unofficial, but you had the first families of China and North Korea there. There was a huge banquet to welcome them. They took in a cultural performance in the evening, and then the language really harked back to the old days. There was this talk of socialist solidarity. You had Xi Jinping calling Kim Jong Un comrade chairman, talk of the brotherhood between the Communist Party of China and the Worker's Party of North Korea. So, you know, because China has been hitting North - China has been hitting North Korea with these sanctions over the past years, things have been really tense. But now it seems they're getting back to the way they have been for decades, really since the Korean War.

GREENE: So given the context, I mean, given the whole nuclear debate with, you know, the debate over North Korea's nuclear program and pressure on China to do more, this cozy-looking visit is significant, right?

KUHN: Well, yeah. It's significant because North Korea promised that it would give up its nukes in 2005, but then they changed their minds four years later. Then in - earlier this month, they promised again that they were willing to abandon their nukes, but this is the first time that Kim Jong Un has come out and said this in person to a foreign head of state. What Kim was quoted as telling Xi Jinping was that, if the U.S. and South Korea cooperate and they help to build a peaceful and stable environment on the Korean Peninsula, then the nuclear issue can be solved.

It's not too surprising. North Korea had already promised to hold talks with Seoul and Washington and it could hardly leave out its main neighbor and ally. Now, this does not mean that at the end of the day Pyongyang will give up its nuclear weapons. It may choose to hold them or try to freeze them or something, but we'll have to see if talks even get off the ground.

GREENE: OK. So this was China, though, wanting to make sure they were involved in whatever diplomacy is taking place. It - does this - the timing of this also have something to do with the tensions between Beijing and Washington?

KUHN: It sure looks that way. I mean, look at all of this going on with China and the U.S. now. There's a trade war brewing, you know, you have tensions over Taiwan, over the South China Sea. And that's a very good time for China to point out that, hey, North Korea is a traditional ally. At the same time, the U.S. and China are on the same page about the North Korean nuclear issue. And so China informed the White House of Kim's visit while it was still a secret, and tomorrow they're going to send a top diplomat to South Korea to fill them in.

GREENE: NPR's Anthony Kuhn talking to us from Beijing. Thanks, Anthony.