Trump's Personal Approach To Policy On Display Ahead Of N. Korea Summit 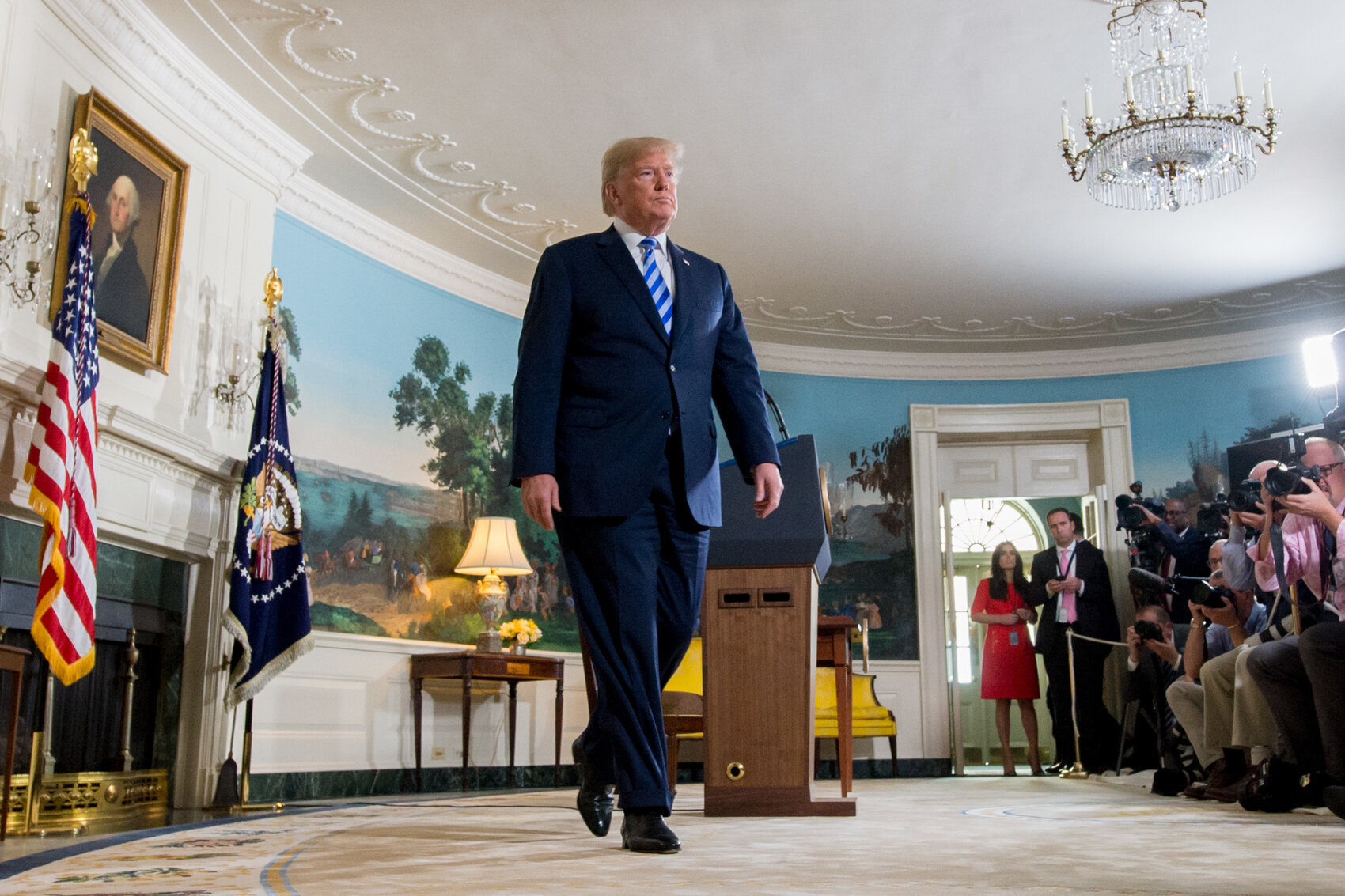 President Trump is expected to greet three Americans when they land in the United States after being detained in North Korea. Secretary of State Mike Pompeo secured their release during a visit to North Korea to help arrange the upcoming summit between Trump and North Korean leader Kim Jong Un. NPR's Ayesha Rascoe is here in the studio. Hi there, Ayesha.

CORNISH: So tell us what happened today, what President Trump is saying now about the release of these Americans.

RASCOE: He's saying this is a sign of how well things are going ahead of this meeting with Kim. He's saying the Americans seem to be in good health. And he's even thanking North Korea for taking this step. Here's what he had to say this morning.

PRESIDENT DONALD TRUMP: Nobody thought this was going to happen. And I appreciate Kim Jong Un doing this and allowing them to go.

RASCOE: So he's obviously pleased with this development. Some experts I talked to, though, warn that the White House should make sure that it doesn't look like they are rewarding North Korea for releasing these Americans because then that could provide incentives for North Korea to continue to detain Americans in the future.

CORNISH: Now, what else do we know about what could come up at this summit?

RASCOE: Well, we - President Trump would not say when it would happen, but he said a time and a location has been chosen. He did rule out the DMZ. He had floated that as a possibility. What stands out to me, though, is that he's being really optimistic about this meeting.

TRUMP: And I think it will be very successful. But as I always say, who knows? Who knows what's going to happen? But it's going to be a very important event.

CORNISH: A very important event - what are the risks in raising expectations about the president's ability to negotiate with North Korea?

RASCOE: There definitely is some risk. President Trump likes to be front and center for all of these decisions, and he likes to make clear that he's in charge. He doesn't rely on spokespeople or diplomats to get his message out. But with a complicated and challenging issue like North Korea, if things go wrong, then he's out front getting blamed.

Another thing is that President Trump really likes to focus on his personal relationships with foreign leaders as a way to get his agenda done. But personal relationships really can only get you so far when it comes to foreign policy. It doesn't matter how much you get along. Leaders will look out for their own country's interests.

CORNISH: Obviously the stakes are high, but is there more of a risk putting so much focus on just this one meeting?

RASCOE: Experts I've talked to say yes because ultimately what comes after the meeting will be most important. Obviously all eyes will be on this summit. But the difficult part of these talks will be the behind-the-scenes, where the U.S. and North Korea will need to agree on what it means to denuclearize North Korea or - and denuclearize the Korean Peninsula and how to implement that.

CORNISH: That's NPR's Ayesha Rascoe. She covers the White House. Thanks so much.